Origins
I (Pieter Vliek, owner of Geitenboerderij Vliek) started farming with one goat in Wierden. After this hobby started to get out of hand, we moved from Wierden to Nagele in 1990, where the farm really flourished. There was no land attached to this place which was not necessarily a problem at the time. However, from 2001 onwards, new legislation from the EU required us to move again. This legislation included:

In 2002, a farm became available in Ambt Delden on the estate of Stichting Twickel, which was allocated for organic farming. This farm had 19 hectares of land attached to it which would satisfy the new EU legislations. After a year of applying for permits, starting renovations and construction, we moved the entire firm to Ambt Delden. Here we were able to expand our herd from 150 to 300 goats.

Current situation
From 2002, the goat farm has been settled in Ambt Delden. We have 300 organic milk goats, which are milked twice a day. We process most of this milk ourselves, into packets of 500 ml of organic fresh goat milk and organic full-fat goat yogurt.

The farmhouse itself functions both as a home and office. A large stable has been built to accommodate the 300 goats. Next to it is a lamb shed, where the lambs can enjoy themselves from February to December. The dairy production is located on the other side of the stables. Here the milk is processed. 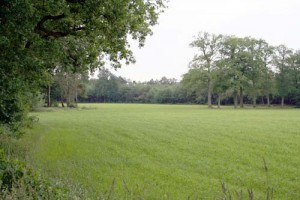 Since 2002 we have been leasing a farm with 19 hectares of land on the estate of Stichting Twickel. The farm is called “Erve Dassehaar” and is one of 150 farms on the estate. The farmhouse dates from 1896.

Twickel estate is situated around Twickel Castle and is comprised of 4000 hectares. In addition to the castle and its beautiful gardens, there are several sights on the estate, such as a sawmill, several other mills, as well as a farm museum. The estate is also popular with walkers and cyclists.